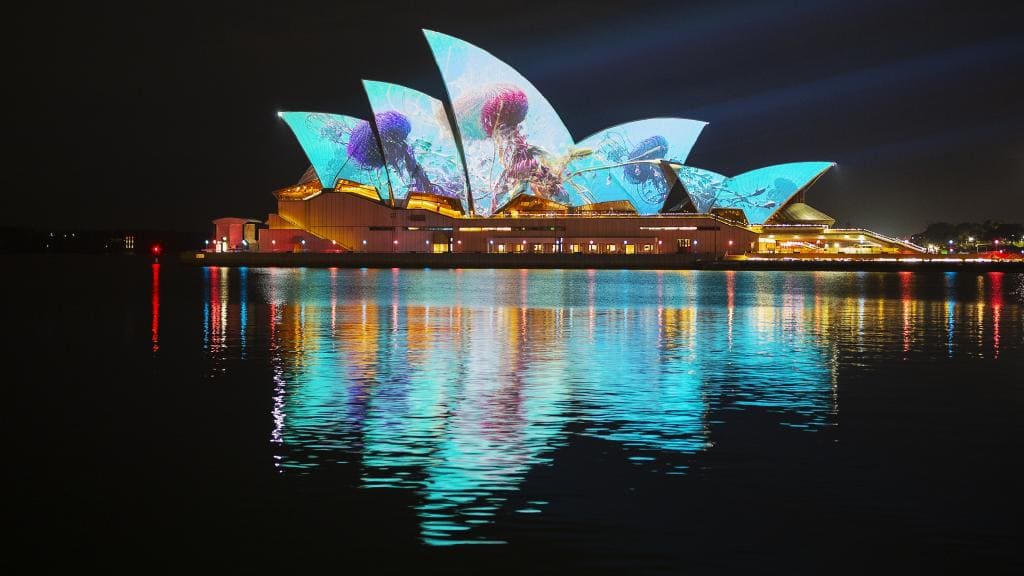 Nearly eight years ago, artist Android Jones, best described as a "digital painter" has created an immense body of work, with manipulation of light and energy, Jones captures complex concepts while utilising his formal background in the arts. Described as the digital alchemist.  Projections with Obscura Digital, at the Royal Opera House, Sydney.

Lyons, Colorado born independent Artist Android Jones began studying art at age 8.  He attended the Ringling School of Art and Design in Sarasota Florida, where the rained traditional academic drawing/paintings and animation.  Jones interned at George Lucas' Industrial Light Magic and later found Massive Black, an art development company base in LA.  At the centre of Jones' work is spirituality and altered states of consciousness. Describing his work as Electro-Minimalism.  A long time member of the Burning Man community.