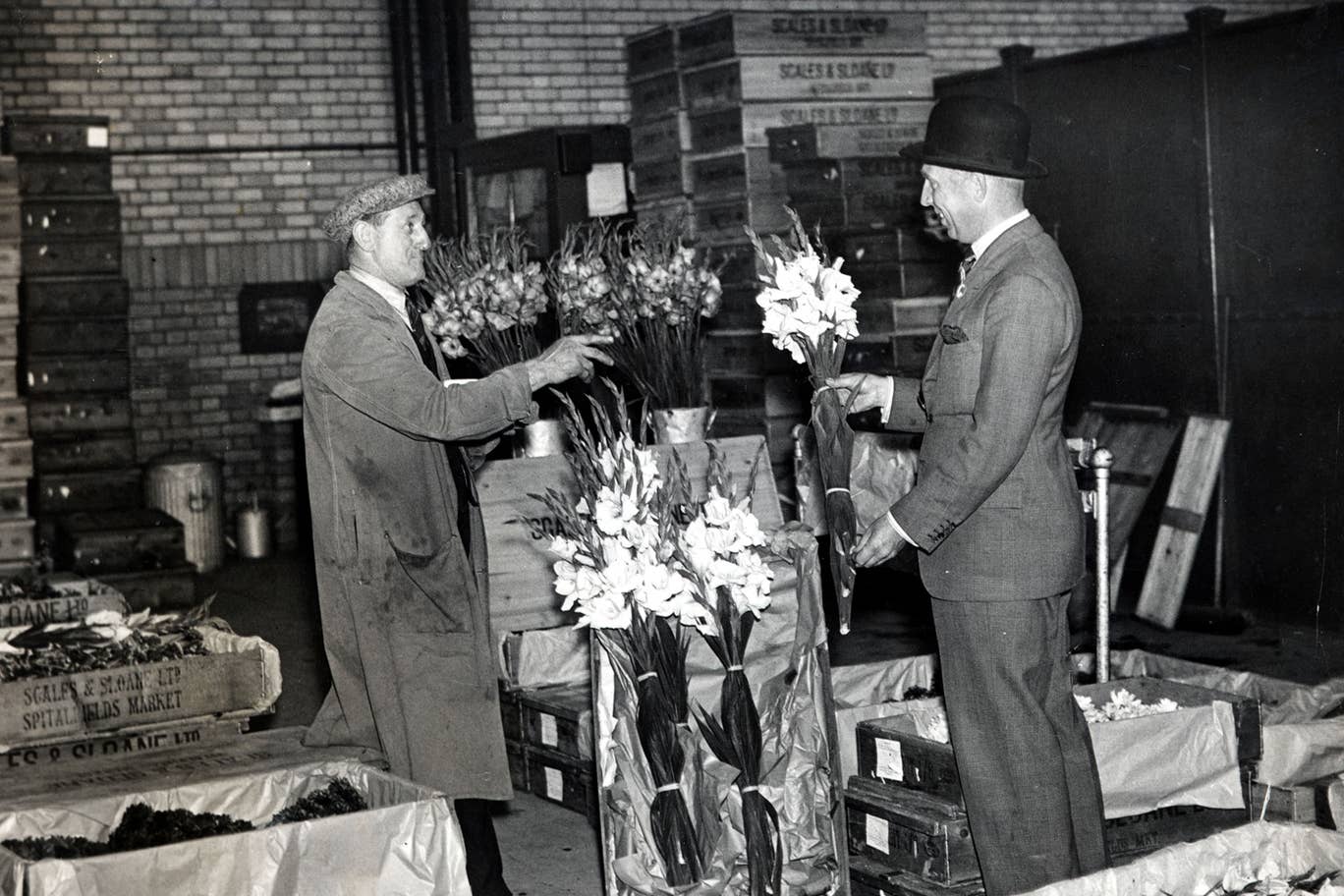 Nestled in the heart of the East End, Spitalfields is known for its spirit and strong sense of community. You may think vintage clothes, food trucks and market traders but Spitalfields is much more than that: a cultural hot-spot representing a wealth of cultural and socioeconomic diversity, where artists, designers, food-lovers and fashion-enthusiasts meet.

But how did it look back then? Historically, it played host to a transient community, primarily for new immigrants.The old Spitalfields market was named after the priory and hospital, St Mary Spital, which was founded in 1197. After the great fire of London, the market was made official by King Charles II and it began operating on Thursdays and Saturdays in and around Spital Square, providing fresh produce, mainly fruits and vegetables.

Oranges being packed into cartons at the London Fruit Exchange, Spitalfields in 1929 (Fox Photos/Getty Images) 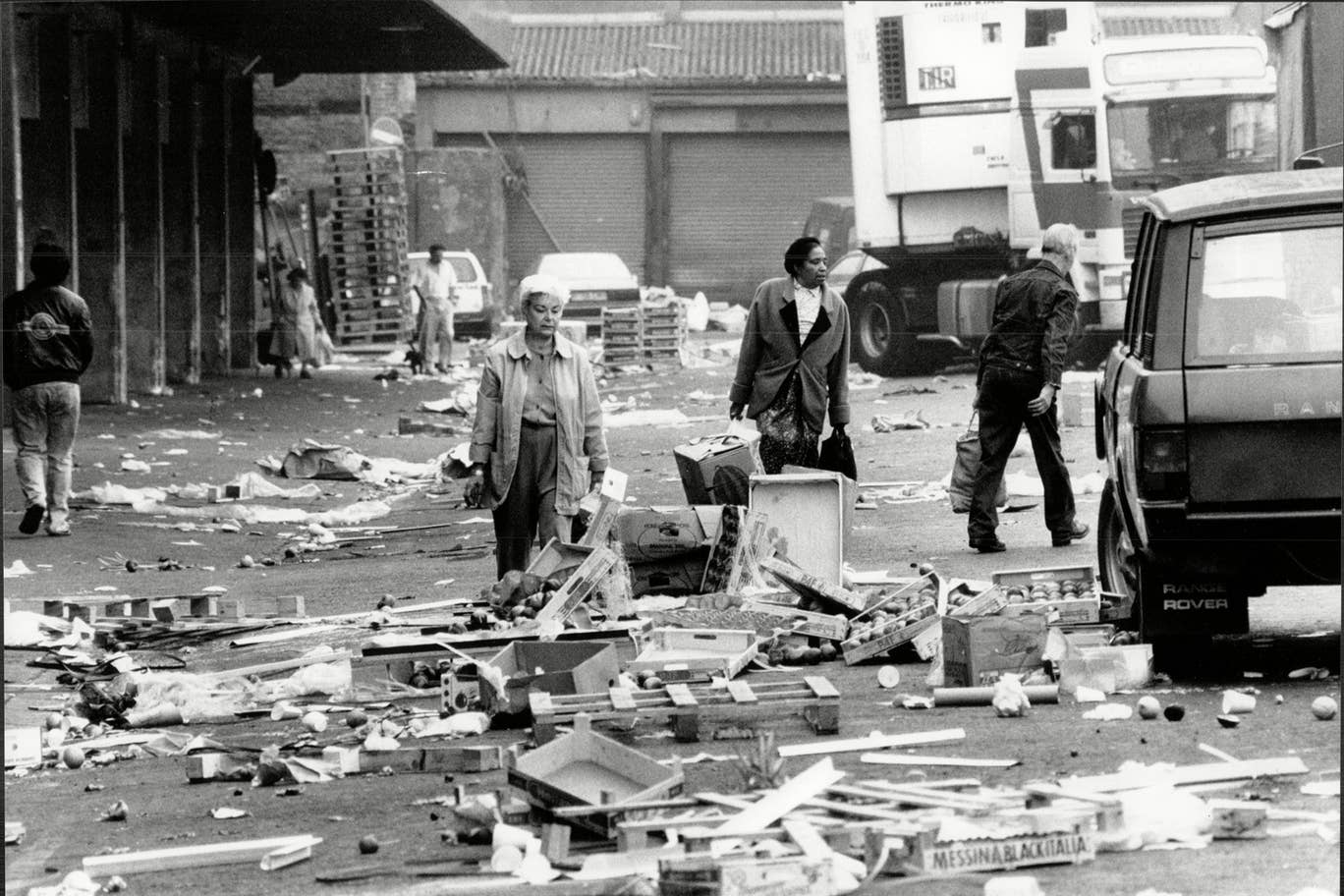 By 1666, traders had begun operating beyond the city gates – where the today’s market stands. The famous Truman’s Brewery opened in 1669 and in 1682 King Charles II granted John Balch a Royal Charter giving him the right to hold a market.The market’s success was clear, it encouraged people to settle in the area. Following the edict of Nantes in 1685, Hugenots fleeing France settled in Spitalfields and brought their silk weaving skills. Most of their majestic houses are still standing in the conservation area of Fournier Street. Today these houses are home to many artists including Gilbert and George.

The Irish weavers came in the mid 1700’s and as the area became more populated, Spitalfields became a parish in 1720 when Hawkesmoor’s Christ Church was consecrated. East European Jews followed and from the 1800s to 1970 Spitalfields was one of the largest Jewish communities in Europe with over 40 synagogues. 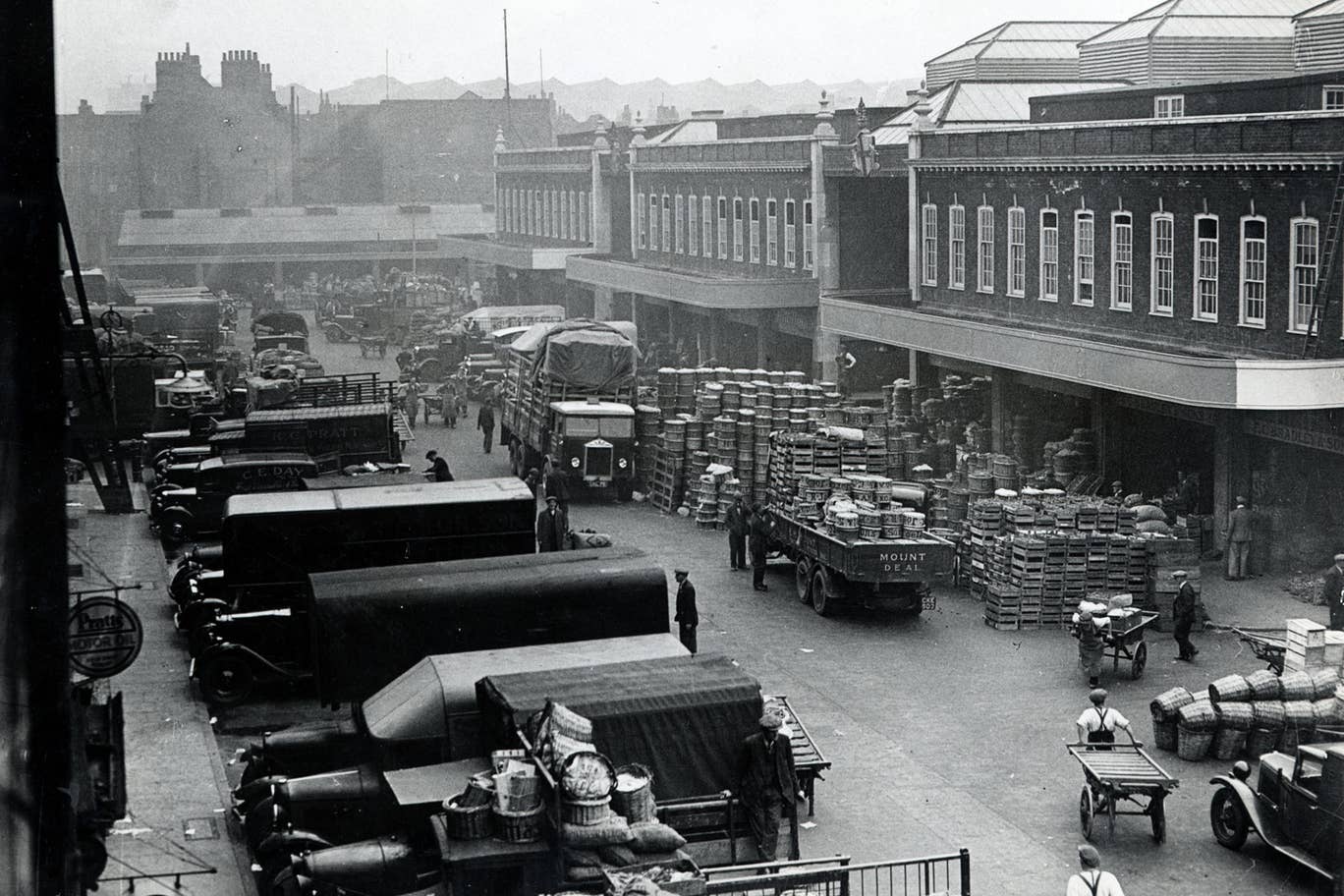 Since the 70’s a thriving Bangladeshi community flourished in the area, and with it came new cultures, trades and businesses – including the brick lane restaurant district. A Huguenot church, Methodist chapel, a Jewish synagogue, and Muslim mosque stand among traditional and new shops, restaurants, markets and homes.

Historically, it was known as a major centre for the sale of fresh produce, trading most days of the week. After the 1820’s it fell into a decline, gaining a reputation as a cheap area encouraging the numerous waves of immigrants. Former marker trader Robert Horner recognised the need to update the market and started to work on a new market building which was completed in 1893. 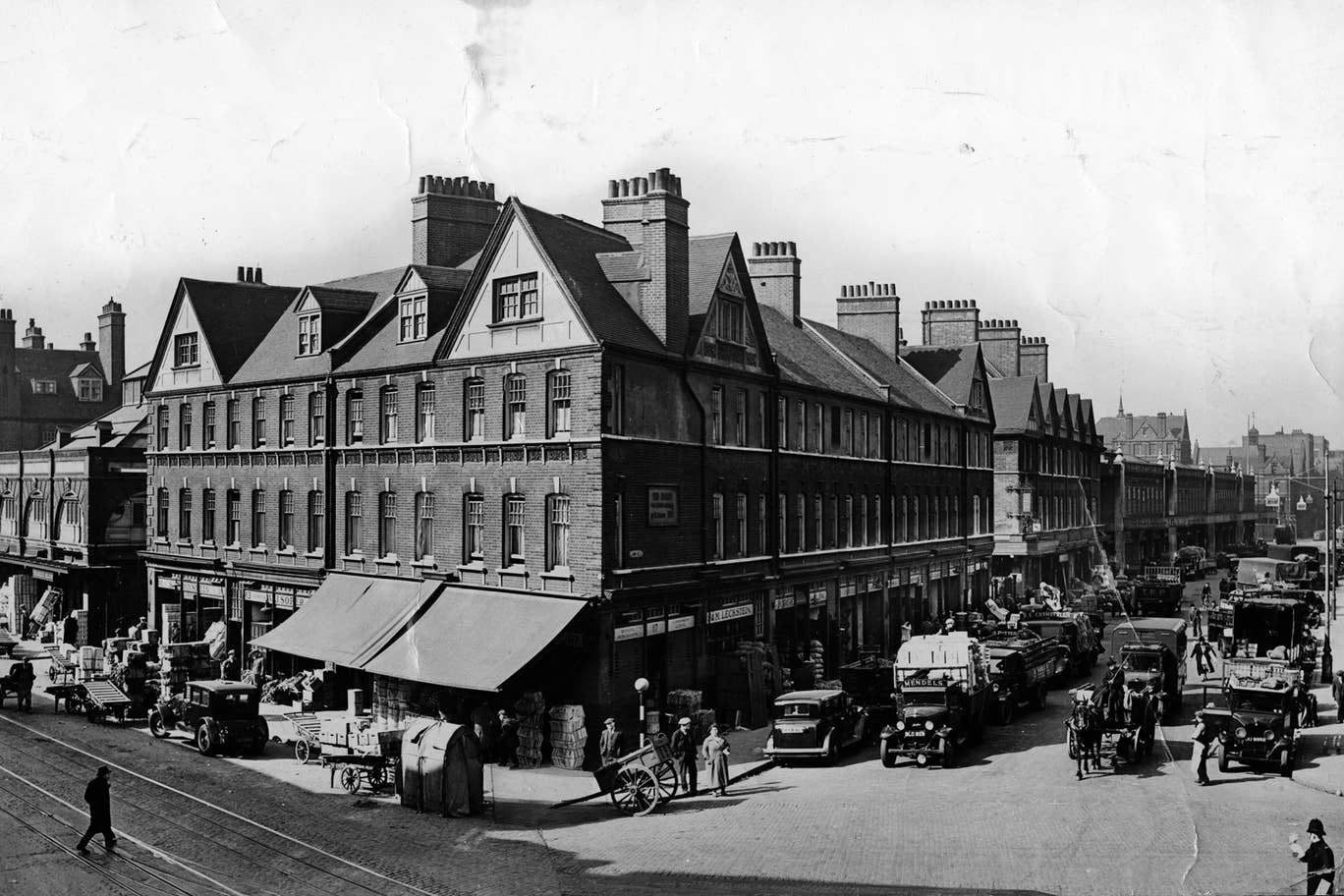 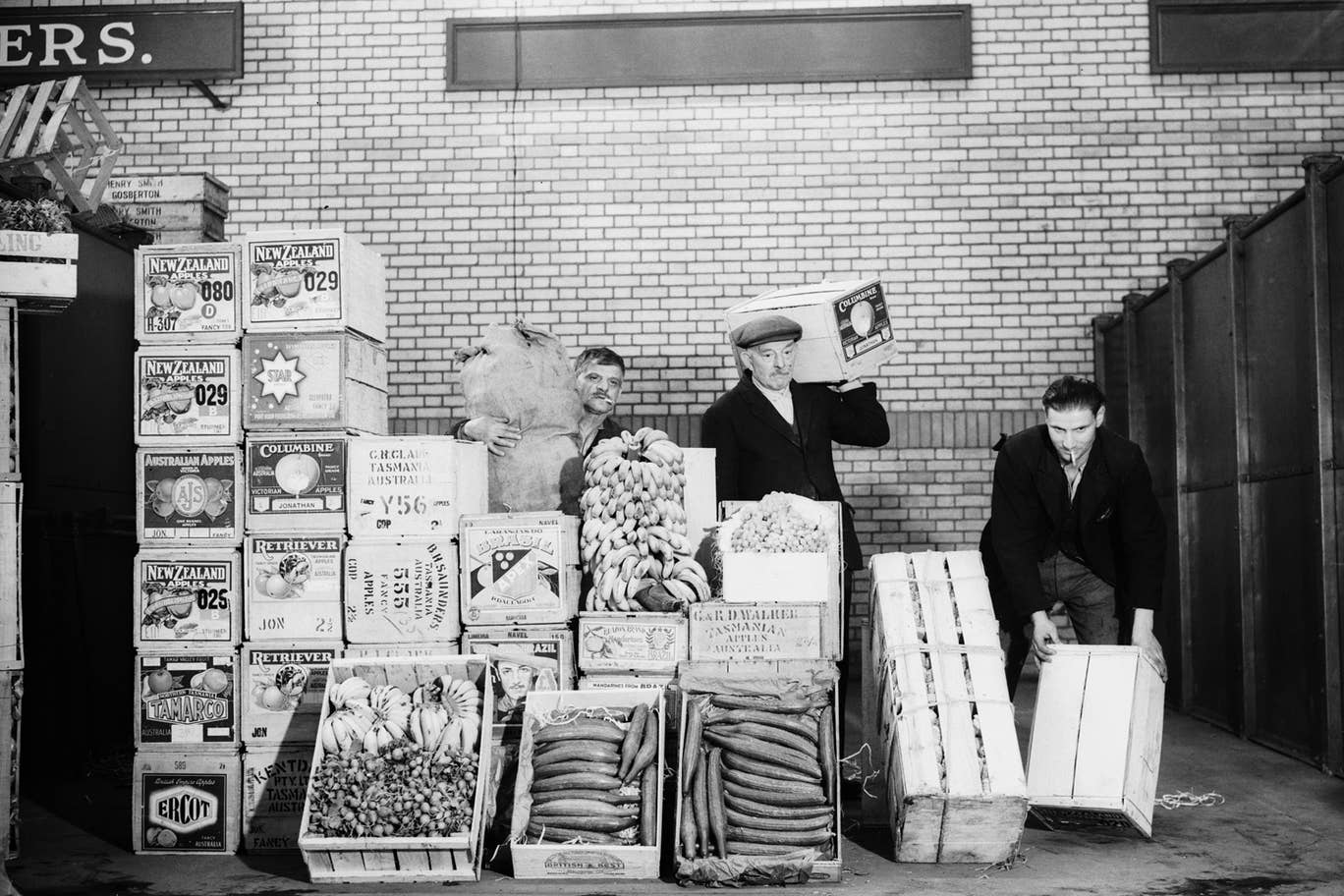 Fruit and vegetables in Old Spitalfields Market, ready to be sent to a refugee camp for Spanish children at Stoneham in Hampshire, May 1937 (David Savill/Topical Press Agency/Hulton Archive) 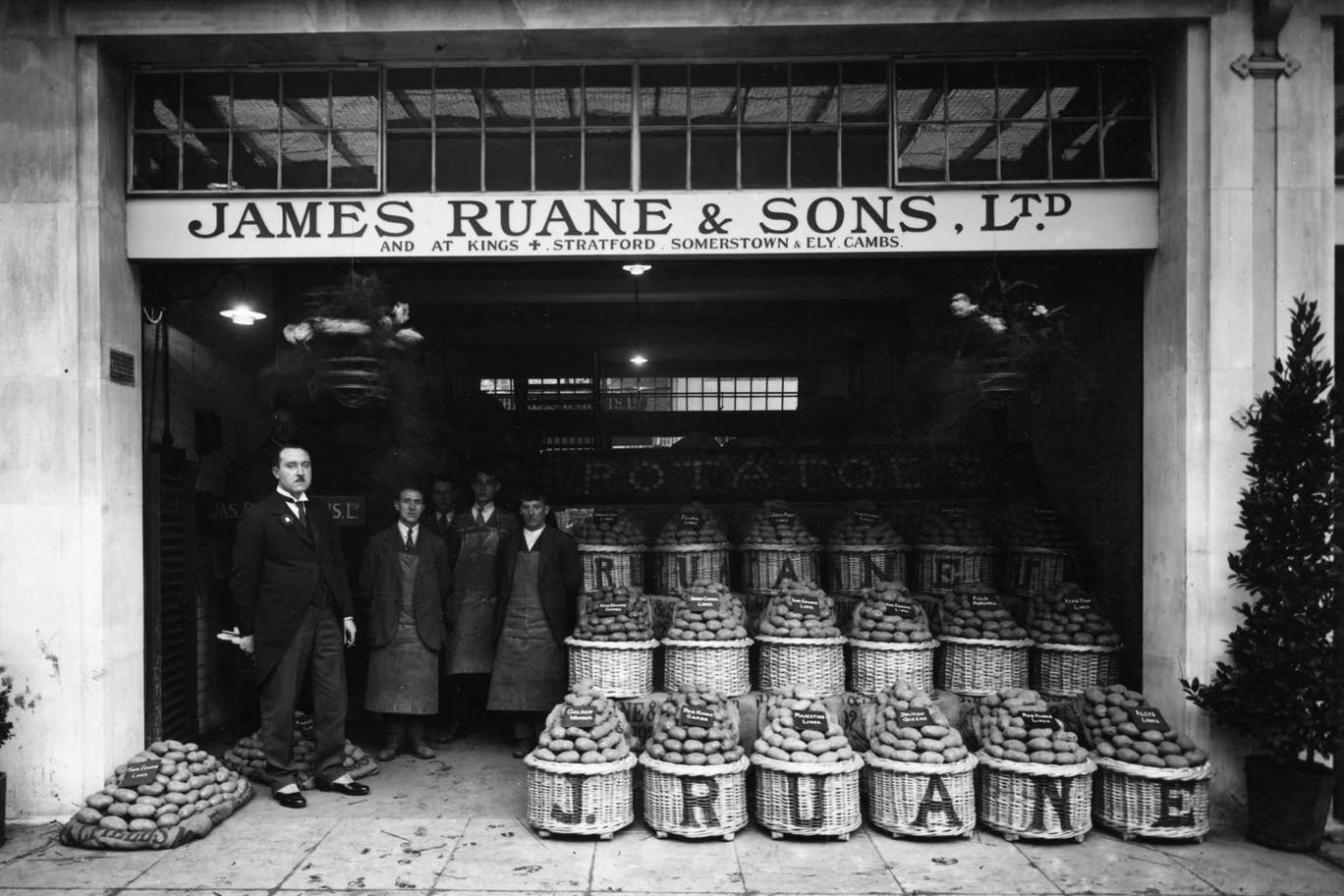 A display of potatoes at the stand of James Ruane & Sons at Spitalfields Market in 1928 (J. Gaiger/Topical Press Agency/Getty Images)

By 1920, the city of London had acquired control of the market. For the next 60 years, its rep grew and so did the traffic congestion in the streets around it. With no clear room for expansion, the market moved in 1991 to Leyton.

In 2005, the Spitalfields regeneration programme was completed. It resulted in the creation of Bishops Square, Crispin Place, the public art programme, restoration of several historic streets and the selection of independent retailers and restaurants that can now be found in the area.

Today, the area is a coveted place to live in. Offering great links to the city and plenty of things to do everyday of the week.

We get iRATE in iBIZA