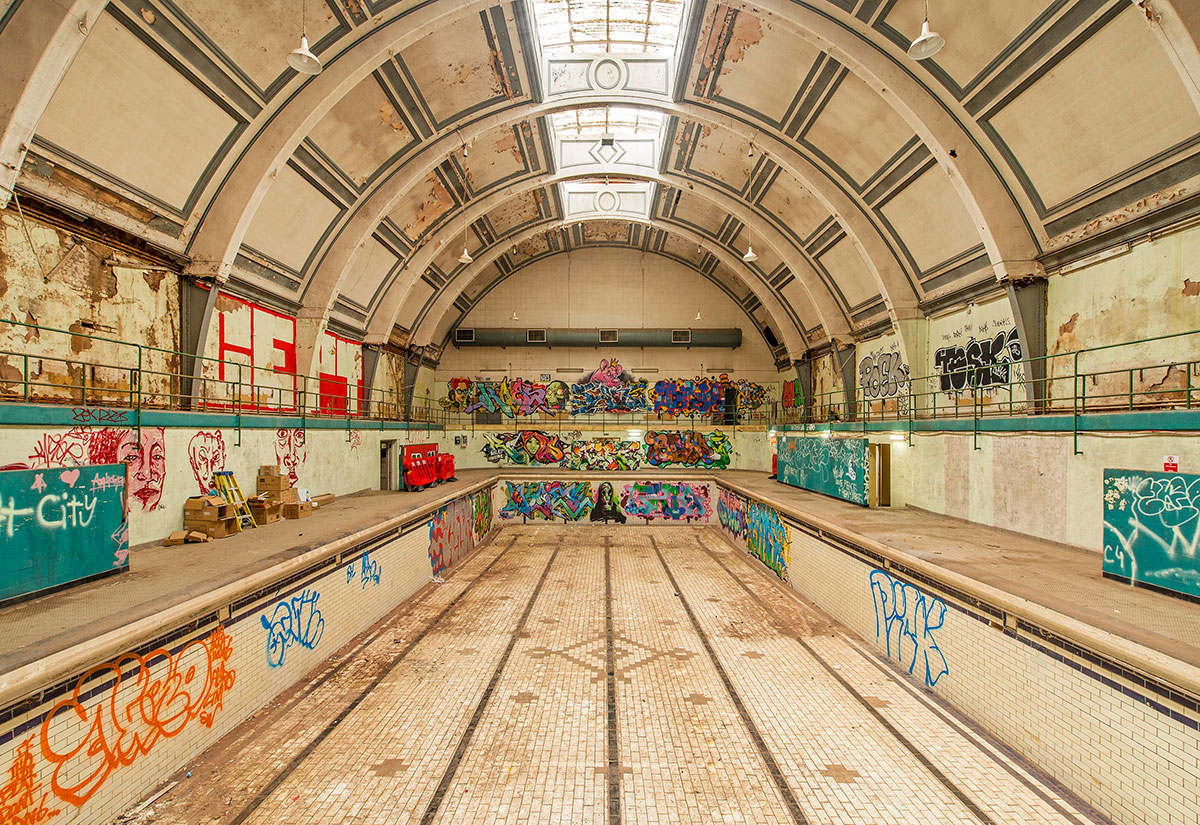 After years of uncertainty, Haggerston Baths in Hackney, an Edwardian building with a beautiful barrel vaulted roof, is to be refurbished. Designed by AWS Cross, and opened in 1904 as a public pool, it fell into disrepair after closing in early 2000.

The Grade II listed building had seen plans for its refurbishment scrapped in 2011 when the financial crisis hit local funding (The Department for Schools Children and Families announced a 5m budget to refurbish the pool and build community facilities including a GP's surgery in the building).

Local campaigners have taken up the mantle since and now, Hackney Council is on the brink of announcing a new developer, although it is still unclear whether the building will be restored to its original use, or repurposed with a new identity.