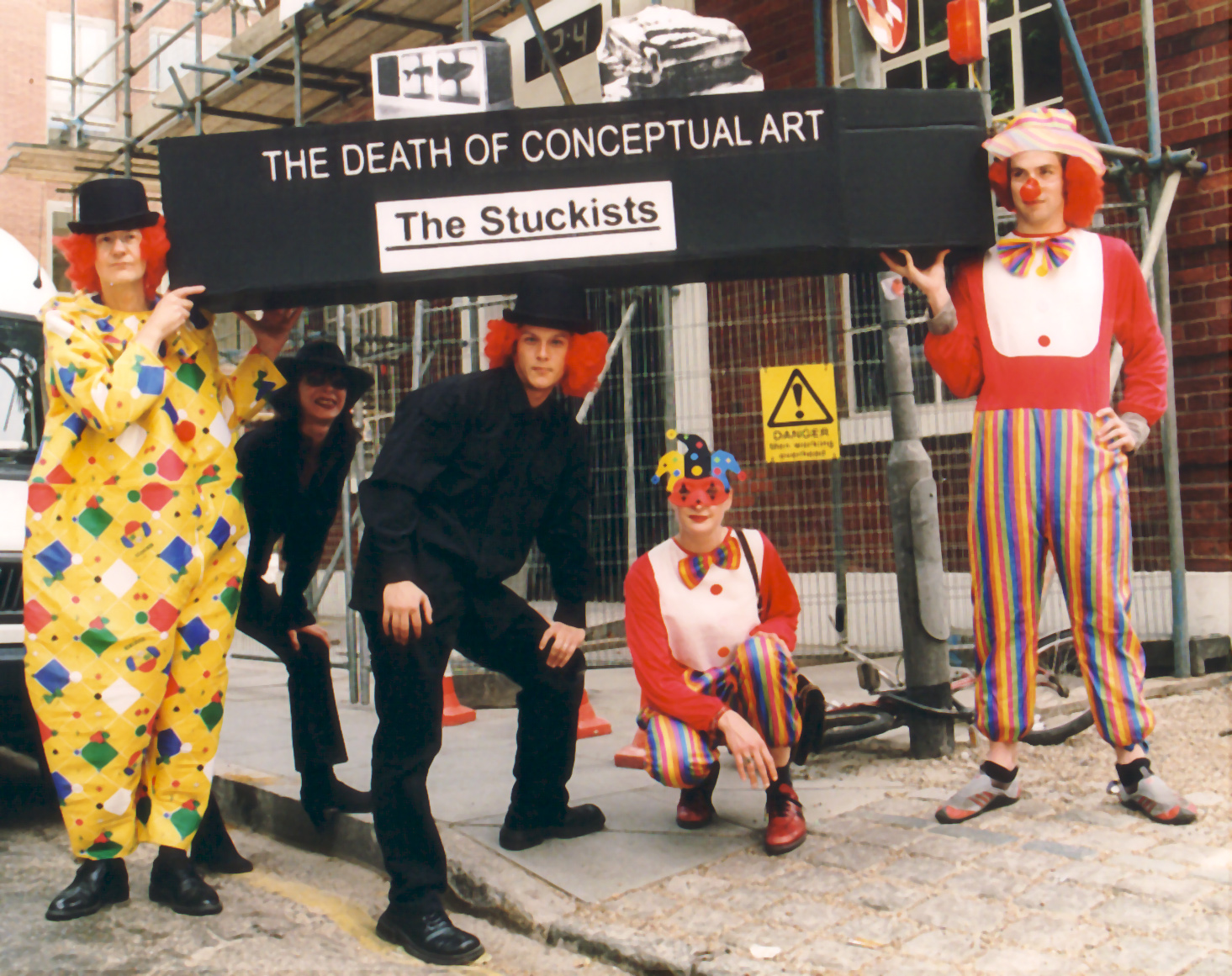 We just caught up again with stucksim founder and artist, Charles Thomson a few years after selling his warehouse and gallery on Charlotte Road, Shoreditch.

A real game-changer, Charles Thomson welcomed us into his North London home amidst renovations, we talked for hours about life, the art world, Stuckism, Tracey Emin and his work.

One thing that’s clear he does not play by the rules, and isn’t intimidated by criticism, in fact, uses it to his advantage.

“I knew people wouldn’t be courageous enough to agree with us right from the outset, so our tactic was to annoy people so much that they wrote about us despite themselves. They were so angry about what we were doing that it worked,” said Charles.

In 1999, Charles Thomson and Billy Childish co-founded Stuckism, contemporary figurative painting with ideas – an art movement deemed as radical and controversial mainly due to its ideas opposing conceptual art. 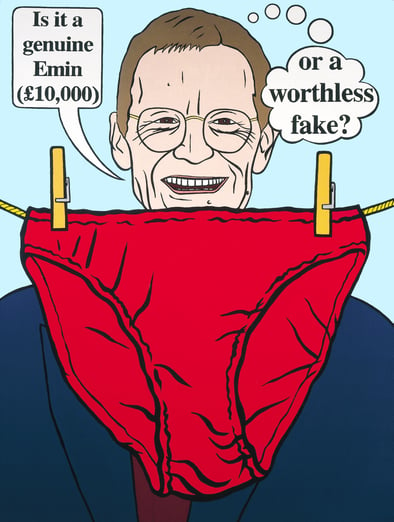 Like most art movements, its name roots from an insult. Brit Artist, Tracey Emin, told her then-boyfriend, Billy Childish, that his art was “stuck”. After a light-bulb moment, Thomson derived their name from this. “We are Stuckists because we are going to stick,” said Thomson laughing.

So, what is the outrage all about? Partially due to their Turner Prize demonstrations, were dressed as clowns, they protested conceptual art, ironically because of its lack of concepts. Thomson insists that the protests aren’t the key to Stuckism, but a medium to get coverage and exposure. 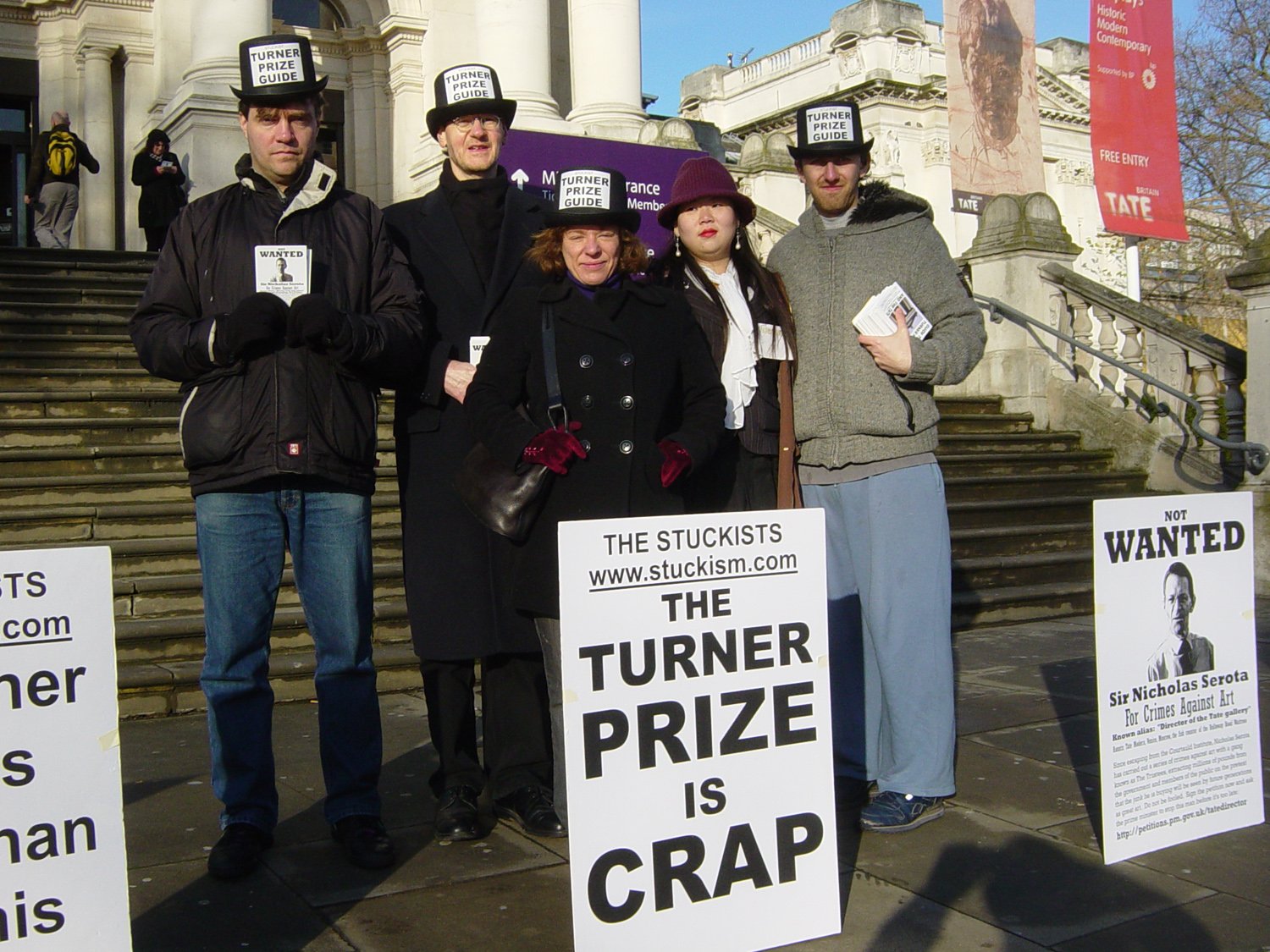 “I’m not at all interested in the demonstrations or protests. We needed to get exposed. There were a lot of artists that I liked, and thought were brilliant and that no-one would take notice. I had to give them a platform, so how did I do that? Gave them a media, exposure. How do you get that? Controversy!" he said. "People are afraid to stand out of line."

His Shoreditch gallery received lots of guests. " Once, a tutor came in with a few art students, and I talked about my ideas, particularly about being opposed to conceptual art, and he looked at me with hatred. 'You shouldn't say things like that' he said, which made me think I should say it event if didn't' believe it, simply to maintain freedom of speech."

Charles explains that art is meant to be free, but that's not usually how it goes. “There's always been motivated, intelligent and creative artists who have been ahead of the establishment. They get shunned and ridiculed, but they keep going anyway, “he explained. 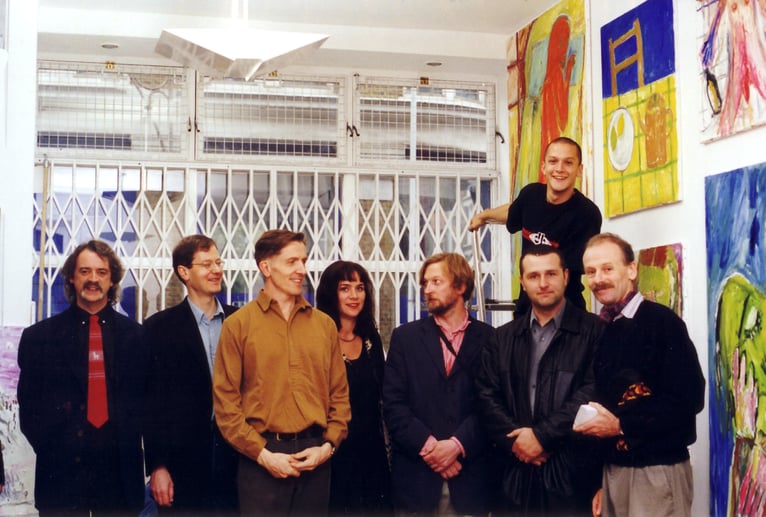 When people go into Stuckists shows they wonder what the pieces have to do with each other. " People are limited in their understanding, surrealists don’t do the same style, so what’s the problem? Their underlying is exploring the dream world, Stuckists have an underlined ethos which is exploring themselves."

But not all artists are Stuckists because if you are painting something to sell you are not a Stuckist, are you?
From an early age, Charles decided not to conform and do what's acceptable, he wanted to stick-out by expressing himself. "If artists claim to be individual, how could they all be doing the same?

And by the “same”, he means producing art for the sake of “selling it to Saatchi or the Tate.”
With a slight worrying undertone, Charles said, "We are living in an age of art for numbskulls." Just because something is new, it doesn’t mean it’s worth anything.

Stuckism has been a lot of work, promotion, organisation and communication. He has invested a lot of time into the “cause” and feels that there’s a clear trade-off between creation and promotion. All this time working for Stuckism distracted him from his art.
“Successful artist, in the worldly sense are the ones who spent energy on promotion. Those who are successful in art terms are the ones who spent their times in creation, but not in promotion – and that’s when Stuckism comes in.”

He is immensely proud of his achievement. Starting an art movement isn’t a joke. “I’ve been able to start an international art movement. There are around 2500 artists, 250 groups, 50 countries around the world. All these groups are independent, “when they get in touch with me, I tell them to form their own group.” That’s the beauty of it, “it’s inclusive, not exclusive.” 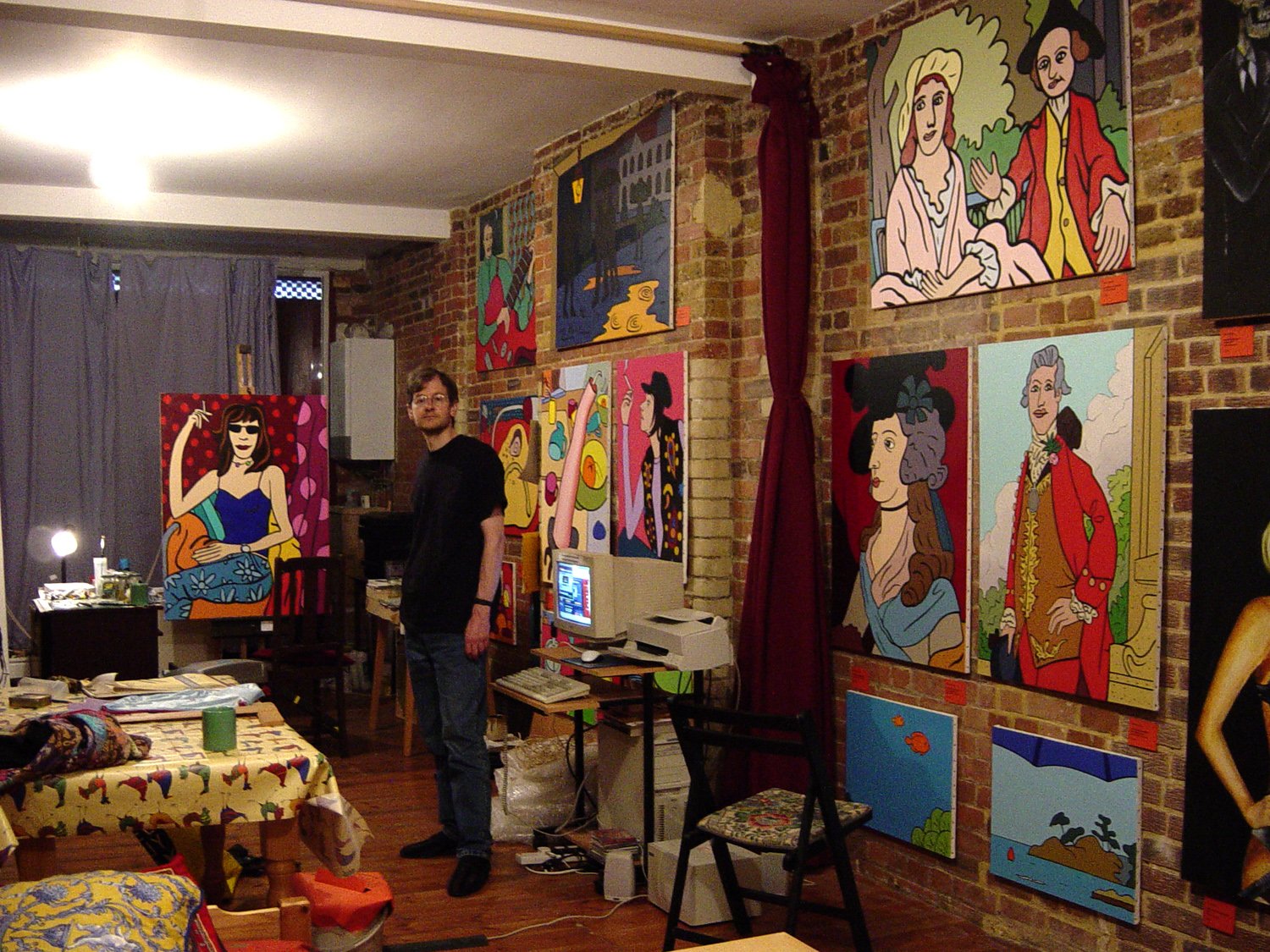 Charles at the Stuckism Gallery 2003

To Charles, Stuckism isn’t just an art movement, “it’s a Trojan horse, a spiritual movement to assert spiritual values of integrity, of truth – caring for people in the world. These ideas can be applied to anything, and they should be applied to everything.”
Stuckism is a way of living, a code of conduct, “There are certain values that we can agree have endured throughout human history. Love, compassion, a higher power or being – all of this underpins Stuckism,” he said.

After the first manifesto, Stuckism, Charles started thinking bigger and came up with the idea of applying Stuckism to other aspects of society and that’s how Re-modernism came along.
He explains it’s been easier to promote Stuckism because it’s an easier concept to grasp. But the true concept overarching his art movement is “Re-modernism to replace modernism.”

“Re-modernism to replace modernism. Modernism is characterised by going back to the invisible, to the psychological discoveries, where everything had to progress. New, radical and above all: progress.”

According to Charles, Art reflected it. Everything has to be new and improved. Post-modernism replaced modernism and the values shifted towards celebrities, commerce, cynicism and superficiality. “The change from modernism to post-modernism was Andy Warhol,” says Charles confidently. 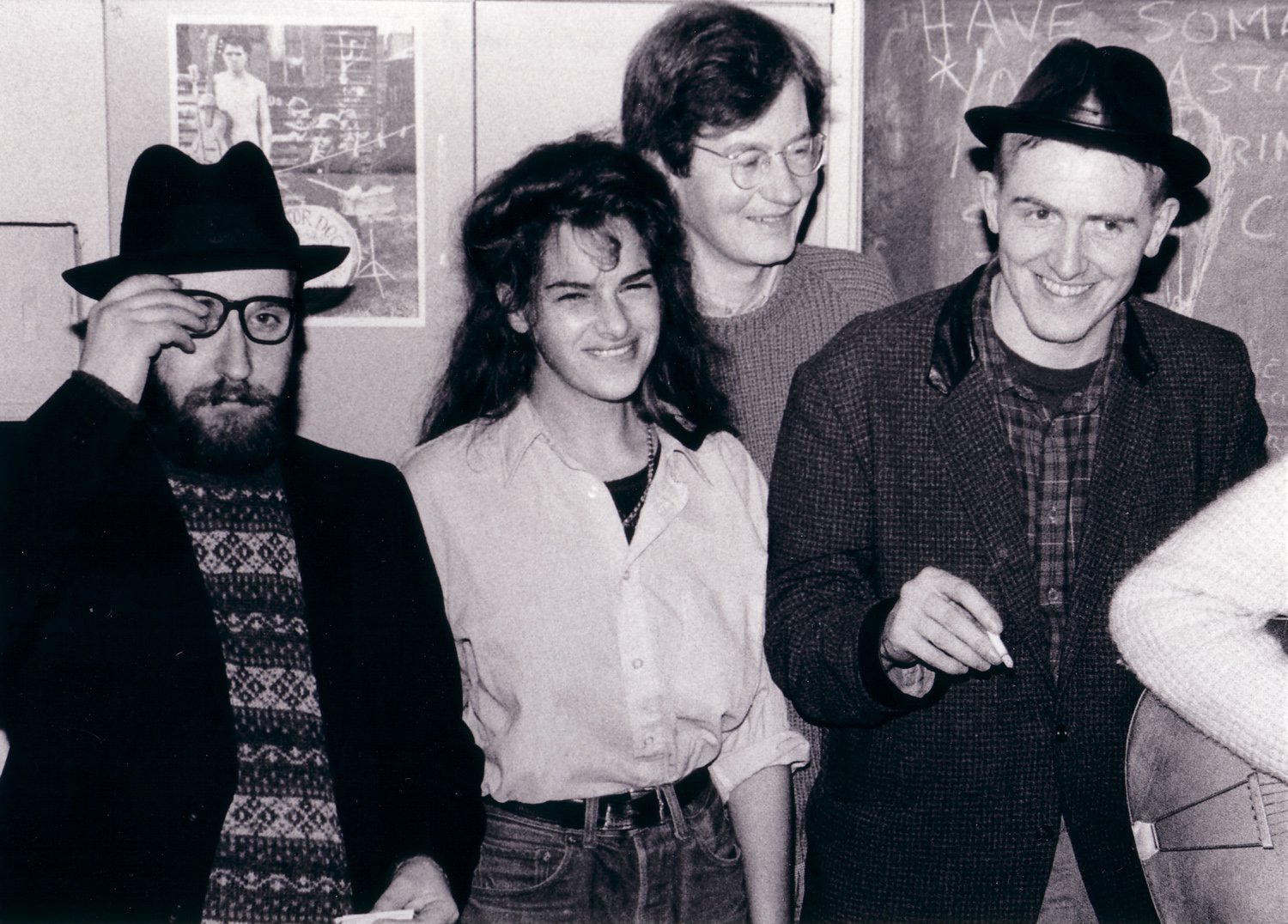 Stuckism and the values of post-modernism can’t coexist. “The 20th century was this time of new and progress, the 21st century has got different values instead of progress, the value is conservation. we don’t want more insecticides in out vegetables, we want organic vegetables – which always used to be called vegetables,” he said

“In 1971, I did demonstrations in Oxford street again pollution and people thought we were crackpots. Modestly, I’ve always been ahead of the game.”

Post-modernism is not the movement of the 21st century is the last gasps of the 20th century because it has this cynicism and relativity about it. Everything is relative, which basically means you can lie.
This cannot be something for the future, because if its relative you’ve got no standards, you must have absolute standards.

You can only ever challenge if it's outside the establishment. We don’t need challenge; we need values to believe in.
The thing about Stuckism is that it's the way forward. We are finding values, we are finding things to believe in, to assert. Giving standards for people to function interactively in society.

It’s been a tremendously fulfilling journey, particularly with the people that have been on the journey with me. I have a huge amount of respect for those people, admiration. In fact, if it hadn’t had been for those key people, Joe machine, Ella Guru, Paul Harvey, I don’t think I would have been doing Stuckism now.

EXHIBITIONS YOU'VE GOT TO SEE THIS WINTER